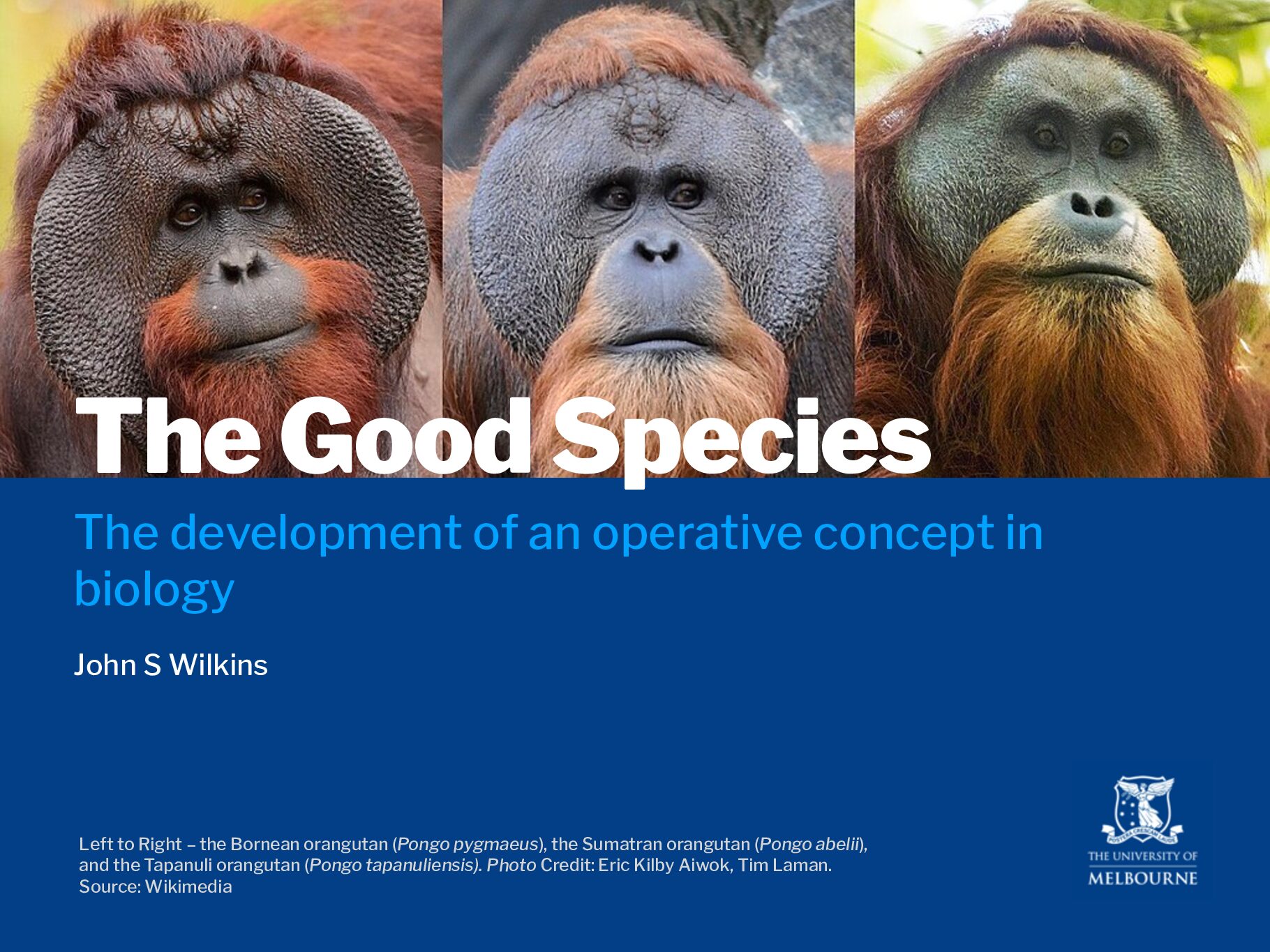 Gave a talk “The Good Species” yesterday (26 April 2022) to the HPS crowd at UniMelb. The discussion went a way I didn’t expect: classification in the psychiatric and medical domains. I proposed a third kind of concept formation in science: what I am calling “operative concepts”: folk terms and categories that become scientific concepts and carry a greater weight than a folk biological concept usually does.

I asked for suggestions in other fields, and Kristian Camilleri suggested “planet”, which is clearly a folk science category, but it is a very limited notion, more about convention than ontology. Any other ideas? “Disease” and psychiatric notions (such as various emotions) are cultural, and have acquired new extensions but they are often normative, which isn’t quite what I am looking for. Asking “are species real?” is not the same as asking “are there human universal emotions?” since these are thick concepts.

The slides are here: https://www.slideshare.net/jswilkins/the-good-species

The recording will be up at a later date.