The only diagram in the Origin is famously the hypothetical series of species forming a tree structure, but it isn’t an actual classification based on his principles. I have previously noted the rise of cladograms towards the end of the 19th century, but in a talk by Ian Hesketh, I was drawn to the following cladogram by Fritz Müller in his Für Darwin, in 1864, a mere 5 years after the Origin was published. And it even uses a distinction between homologous ancestral characters in distinction to what we now call conversantly evolved characters.

Here it is in the English translation paid for by Darwin himself in 1869.

The organisms being discussed here are amphipods of the genus Melita, of which there are around 80 species known today. Müller points out that genera are often created using characters like the secondary flagella of the antenna, which is variable, while the asymmetric clasping structure is shared by five species. So he classifies the relationships between the species using the clasp rather than the antennae. 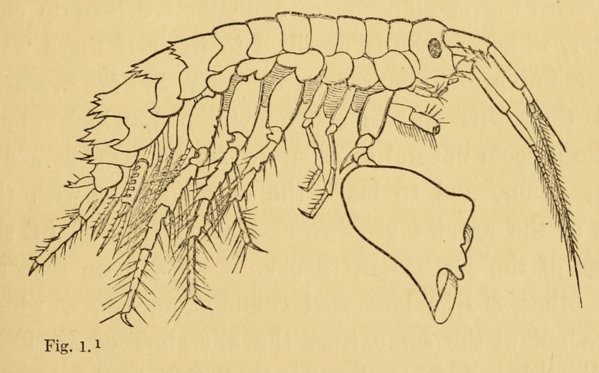 This is, to the best of my knowledge, the first classification using common descent as the principle, making a distinction between what we now call apomorphies and plesiomorphies, after Hennig. Darwin sketched a few, but did not publish them, and anyway his methodology was not so clear as Müller’s. By contrast with Muller, Haeckel’s grandiose trees in the Generelle Mophologie in 1866 showed no evidence of understanding clearly what Müller had done. So is this the earliest cladogram? Can anyone point to another?