Home » Do we need, and can we get, a single authoritative list of species? 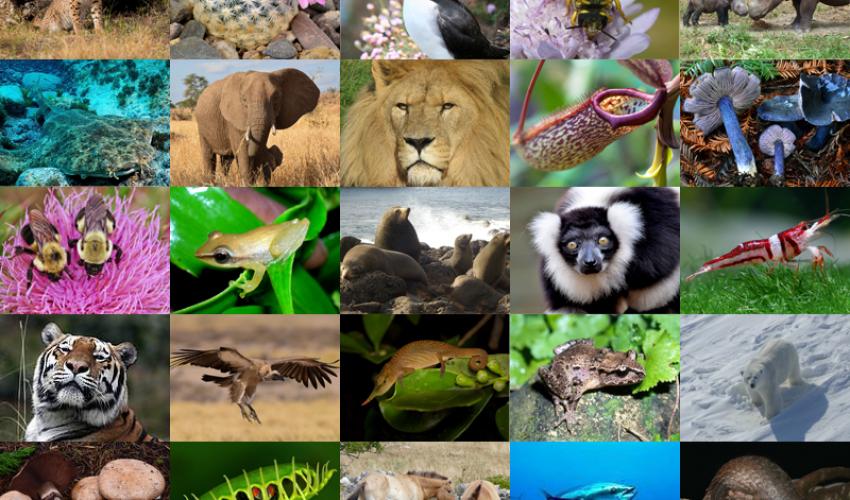 Do we need, and can we get, a single authoritative list of species?

In a recent paper, Garnett et al. [2020] have set up what they refer to as the principles for creating a single authoritative list of all known species. This is required because there are no such singular lists (one was attempted in the 1990s, and another in the naughties) to which people can refer, and this causes, among other things, miscommunications. The reason it does that, is because species are continuously renamed, reassigned to new genera, or reclassified as synonymous with other, older species names.

The authors (including Stijn Conix, an up-and-coming philosopher of science) have proposed the following ten rules:

These are fairly obvious and straightforward in their justifications, but they are either administrative or procedural. I would like to discuss the problems of such a list here.

First of all is the delimitation problem. Species are identified as separate from other such groups in various ways. Some use genomic clustering algorithms; some use mitochondrial or other organelle DNA sequences at a particular locus (“Barcoding”), and the traditional methods of eyeballing or analysing anatomy are also still in use. However, for there to be a “universal” list, there need to be universally adopted criteria, which are, if possible, objective (or nearly so). And such criteria are not in evidence. There are conventions, of course, but their application depends upon such factors as the sub discipline or group being classified, the collegial practices of that institution or region, and the experience of the taxonomist.

A recent paper on fungal species concepts illustrates the issues. Fungi have some kind of sexual cycle, but not all of them, and neither DNA sequences nor morphology give universal and unambiguous results. Lücking, et al. [2020] say:

Hawksworth (1996: 32) pragmatically defined fungal species as “… groups of individuals separated by inheritable character discontinuities and which it is useful to give a species name to …”. Since inheritable character discontinuities can only be assessed by simultaneous analysis of phylogenetic relationships and clade-based phenotype variation, this definition is largely congruent with ‘phylogenetic taxon species’ [Italics in original].

Fungi are no exception to the notion that species have individual evolutionary histories, and so aspects of their genealogical coherence, reproductive isolation and phenotypic distinctiveness may differ. This implies that there is no single, universal approach to species delimitation and consequently for species identification.

The “utility” in such definitions refers to both the ease of identification by taxonomic experts [on that group of organisms] and the ease of use by the “end-users” of taxonomy, who must identify and verify the species. Lücking et al. present a figure:

And this is all good, except that I have one issue here (well, several, as will become clear).

Species are used, and have a role in how we employ, enjoy and explore the natural world. They are terms of art on which many items of knowledge are hung. But, as Lücking et al. note, there remains no single useful, coherent, exclusive and universal notion of what a species is, and in my view, there never will be. So a singular list of species would be, at best, useful fiction in some domains of the evolutionary tree, and a complete waste of time in others. Moreover, any description of a species must be held hostage to the empirical data, and so species are redescribed, divided, lumped, and moved around the tree on a regular basis. Given that we would be talking about millions of species, the administrative effort involved in maintaining that list, and moreover revising citations of that list, would be enormous. As taxonomy gets almost no direct funding in biology as it is, this would take many researchers and their grants away from other aspects of their work.

Why do we even need to have species when talking about biology? There are a few reasons, in my opinion. The first and primary is administrative and tradition: we have used the idea of species as the basal kinds of life for around 500 years. All the literature is cast in that way. Communication is based upon the names and records of species. Education of specialists uses species names and records. This, of course, has no force as knowledge, except in the generic sense of knowing the details of a practice. These species names are not evidence in scientific research, any more than a library record is evidence in the topics covered by books. It is utility, not knowledge.

Another reason is that we think we must have an ontology in each scientific discipline. That is to say, each field must have basic units. This is a view that I consider unfounded. If one adopts a different approach (say a process rather than an objectual or substantial ontology), the notion of base units becomes otiose. I’m not suggesting this is the case in all science, of course. Physics I think still has basic units. But it is the case in biology, and in all the other special sciences.

The danger of unit-ontologies in the special sciences is that we become so wedded to the units that we treat them as evidence in inference, and this leads to taking conclusions from constructed categories (“hypotheses” or “impressions”) as probative in our research. And this is how essentialism becomes malign. Class concepts like “race”, “rank” and so on are formed by the acceptance of what are constructed ideas, usually from “common sense” culture, as facts about the universe. In short, this is a subtle form of anthropomorphism, of thinking that we (our categories) are the measure of the universe.

Science begins in and returns to data. Even allowing that data and ideas in science are somehow irredeemably social (which I do think) and that we are subject to confirmation biases and various kinds, the goal in science must be to construct these categories based upon as much data as we can afford to get. In short, I am an empiricist. I think science should be too.