Home » A not terribly good post on the species problem 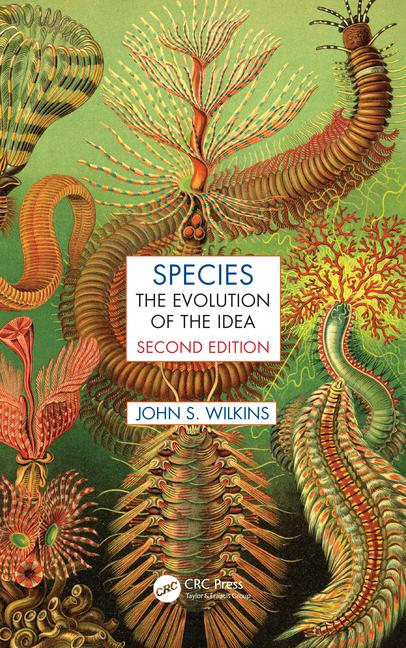 A not terribly good post on the species problem

As a biological phenomenon the species problem is worthy of serious study as an end in itself, and not as a mere corollary to work in some other field. It is, to be sure, a problem so fundamentally important that it touches many such fields. Workers in any one of these are humanly prone to regard the evidence from that field as all important and its techniques as all sufficient (particularly if they are themselves unacquainted with other aspects of the problem). When, however, one takes up the problem, as a problem, and studies it from the diverse viewpoints of genetics, taxonomy, cytology, and biometry, he realizes that he not only needs most of the existing techniques but that he must devise new ones as well.

The “Species Problem” is the issue of how to define or delineate species in the light of some novel theory or other. It’s been around since about 1904 (and not before; prior to then it was the species question, about the origin of species as discussed by Darwin).

It is an issue often dealt with by philosophers and scientists, but often not very well, since, as Anderson noted above in 1936, researchers tend to think their own techniques and resources are all that is needed to resolve it. However, despite the repeated attempts of scientists and philosophers to resolve the species problem, it persists.

A large part of the problem, however, lies not in the technical aspects of species and the corollaries of disciplinary specialisms, but in the framing, and for that philosophers as well as scientists have a lot to answer for. The most recent act of egregiosity is this one in the otherwise excellent The Conversation site: “What is a species? The most important concept in all of biology is a complete mystery“.

Now after a century and two decades, to say the what a species is is a complete mystery is rampant overstatement, although we can allow that the author is not the writer of the headline. However, the author shows a lack of biological as well as historical and theoretical knowledge of the issue, and as a friend noted in correspondence, it would be a well-written but not particularly good undergraduate essay.

Philosophers have an annoying tendency to accept what some figure in biology asserts and then to argue from that standpoint. In the species problem, this means people tend to begin with Mayr’s “biological” species “concept”. However, biology itself has moved a considerable distance from his “bridgeless species gaps”, and even those like Coyne and Orr who still defend it allow there is an increasingly acceptable probability of cross-species gene exchange through hybridisation and introgression. So the claim that

is indeed no longer viable as a definition of species status. This means that the fact grizzlies and polar bears can interbreed is not, prima facie, evidence they are the “same” species. The fact they didn’t interbreed until they were placed in extremis is contrary evidence. Many species (Anatids – ducks, swans, geese – for example) will interbreed with near relatives if they have no other choice.

Philosophically speaking, the interesting question is not why species interbreed. It is why species remain, when they do, stable at all. And even more interesting than that is why biologists have so many species “concepts”*. Maybe the rank of species is not a natural joint at which we can split things up?

Marc Ereshefsky argued that there are, and should be, multiple species concepts in play, and some biologists (Brent Mishler, Michael Donoghue, among others) argue in favour of doing away with the category entirely. I do not, but then again I understand why they would want to. It is, as Hull said, a hodgepodge class of concepts, but nevertheless biologists continue to classify things into species. There has to be a reason for that.

The reason is that nature is clumpy. Living things arrange themselves in clusters of properties (sometimes called “tropes” in metaphysics), and we need a term to denote these at a handleable level or scale. This is understandable, and makes sense for specialists in a particular group of organisms to identify clumps that are more or less the same. But that does not imply there is a rank or category, which represents a general fact of nature, that has a theoretical definition.

For this reason I have argued that species are phenomena. The thing about phenomena is that they are a mixed bag in science. Some phenomena are just fortuitous conjunctions of things (Darwin himself mentioned constellations). Others are derived from theory. But some are just recurring patterns that are sometimes unitary causal processes, and sometimes are not. Species are like that. They are often, maybe usually, real things, but they are also often not, and they are not real the same way across the whole of biology, which as a general category they ought to be if they are a natural kind. So if species are not ipso facto real, when they are real, what are they?

The article has an absolutely dreadful description of Hennigian phylogenetic systematics:

Nope. For a start Hennig didn’t think of species as clades (groups formed from a last common ancestral species or taxon); in fact he had a very Mayrian sense of species initially. Second, the ancestor was a taxon not an organism. Third, there is no way we could group organisms with their progeny across time. Hennig based his systematics on grouping extant species together and drawing up classifications based upon their shared relationship (monophyly is the term used). Ancestors explained the relationships. And even that is contested.

But Hennigian concepts like “clades” (monophyletic groups) have one property that species do not: there is a rigid fact of the matter (whether we can identify it or not) about whether a clade is a clade. If the evolutionary tree has a single ancestral branch and all the subsequent branches are included, then it is a clade. This is a “natural fact” as it were.

When species are monophyletic, which is to say, when they are clades, then the species is a real object in biology (which is not to say all clades are species, nor that all species are clades of the same scale or variance). So a species can be real. The rank or category of species is not. This is important for biologists and those who rely upon them.

I am all in favour of presenting the results of philosophical and scientific reflection to the general public. We should not underestimate the ability of intelligent people to follow our reasoning, and even dispute it. But we won’t get it done by misconstruing the issues or ideas.

* They aren’t “concepts”; they are “conceptions” or definitions. The concept is species.