Home » What is special about humans? 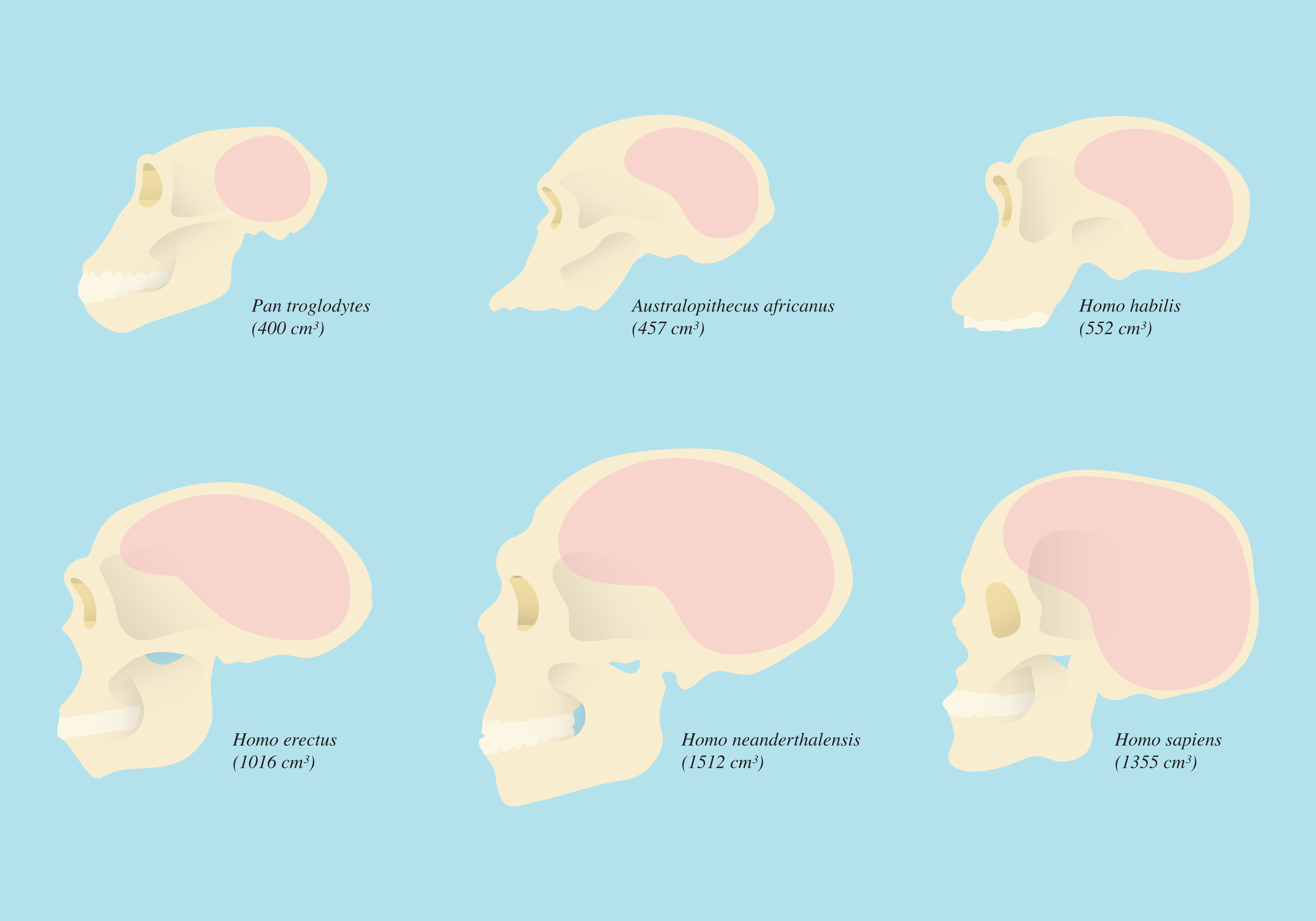 What is special about humans? 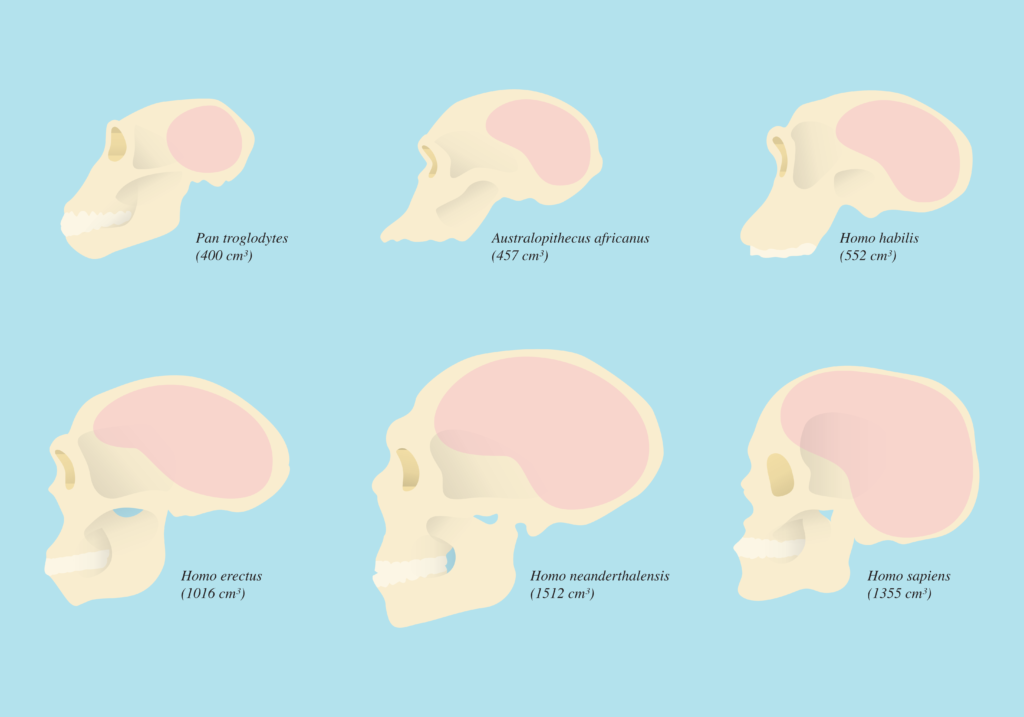 As soon as somebody asks the question “what is a ____?” we get into trouble. Not because we do not know about the thing in the blank, but because we tend to have the wrong idea about how to answer that question. Since the Greeks, the general feeling is that to answer a question about such matters, one must define the shared and unique features of the type of thing. For example, Plato is supposed (by Diogenes Laertius in his Lives and Opinions of the Eminent Philosophers some 500 years later) to have defined “man” – in Greek,  anthropos is gender neutral – as a featherless biped [Bk VI, §40]. Diogenes the Cynic then brought a plucked chicken. Diogenes had the right of it; definitions are pretty useless in the living world. By the way, Plato did not so define humans in his own texts, but he did have a definition of humans: humans are dualities: an immortal soul (that existed before birth) and a social and political aspect, in bodies.

Why are defining properties so useless in biology, though? After all, they aren’t in physics or mathematics. In philosophy, this is known as the problem of universals, which Aristotle defined as the properties shared by two or more individual objects. And the reason is something neither Plato, Aristotle nor Diogenes knew about: evolution. The biological world is not a number of sets of static properties. It is a fluid processual thing with properties often but not always tracking inheritances (genes, ecosystems, cultures, etc.).

Why raise this here now? Recently my friend and occasional interlocutor Larry Moran identified what he called the Deflated Ego Problem: the idea that humans are just so special they must have some defining properties not shared by other species, which is routinely undercut by, you know, evidence. He writes:

Humans are just another animal. All animals share a core set of several thousand genes and all mammals have about the same number of homologous genes (~25,000). The differences between species such as gorillas, bats and whales are due almost exclusively to differences in the timing of expression of these common genes.

This almost similarity of human gene number with other mammalian species is, for some (who, as Larry observes, do not understand the past half century of research) a serious “problem” to be resolved. We are obviously so much more complex than these other species, there must be some biologically unique property that makes us human. I have written about this before on this blog [1,2]. But here I would like to mention a couple of Big Thoughts that I have had in the past. In short I want to deny the existence of the problem of the deflated ego altogether. We are special, but so is every species. That’s what being a species just is.

One of the standard tropes about humans is that we are the peak of intelligence, as if intelligence is a simple monotonous* increase in evolutionary history. This is what causes the ego problem. How to account for the qualitative difference in human intelligence if genes are roughly the same? And there is no doubting that we do some things in terms of problem solving, information transmission and application very well indeed. But is it all that much different? Consider this – our species evolved somewhere between 500,000 and 2,000,000 years ago (depending on whether you count H erectus as the super species in which H sapiens is to be classified, as I do). And yet, until 12,000 years ago (that is, between 2.4% and 0.6% of our history) we did little better than our nearest relatives in terms of cultural and technological knowledge and behaviours. So far as we can tell, our genetics haven’t changed all that much, nor our physiology or anatomy. In fact we seem to have slightly smaller brains, if anything, than we did in the Pleistocene.

Clearly our culture is advancing, not our biology, and the reason for this, I believe, is that population densities have increased. Consider this argument: if there is a relatively constant rate of innovation per capita, and the transmission of innovations requires a certain number of people both learning them and correcting others who may have mislearned, then the larger and more in contact a population is, the more innovations are retained. As our innovations, and in particular agriculture (c12.5kya), tended to improve our chances of survival as a whole (they can be very bad at the individual level), populations grow, and more innovations are retained. The result is a logistic growth curve, which is initially an increasingly rapid increase. Hardly a “special” feature of humanity’s intelligence. Instead, it follows largely from pre-human traits, along with symbolic language (which itself is an evolution of prior traits in primates).

But I would make an even more absurd claim, about the evolution of intelligence itself. Central nervous systems evolved around 550 million years ago or so. Land vertebrates evolved around 375 million years ago, and synapsids (our branch) separated from sauropsids (birds, dinosaurs) around 320 million years ago. Yet, some of the smartest animals on the planet are birds – parrots and corvids (crows, etc) – which show tool use, theory of mind, advanced problem solving, counting abilities, and some “displaced” communication (meaning: “talking” about absent objects). This means that the foundational developmental tools of intelligence are at least 320 million years old. Sociality also appears to play a large role in this – the more social and complex the societies of an organism, the more intelligent and empathetic it appears to be.

So why I think is that overall, we reached “peak intelligence” about 250 million years ago, with the evolution of protomammals (160mya) and sauropods (peak: 250mya). Everything since then has been a statistical event. Humans not only aren’t special and in need of special explanation, we are well within the variance of the intelligent groups. Sure, we have individual features that are more (or less) enhanced than our relatives, but they are not sufficient to “define” humanity. Why not? This:

What I mentioned above about definitions has a name in philosophy: essentialism. It is the idea that there are a set of unique and necessary traits (or properties, in philspeak) for any “natural kind”. But even if this is the correct view of a natural kind (outside of elemental physics), it cannot be the basis for kinds in biology, for the following reasons. Properties in biology are the outcome of multiple genes acting in a developmental system in an environment. They do not fall neatly into categories (like male/female, tall/short, fast/slow, etc.), but are distributed over population curves and reaction norms. A few traits such as eye colour may be more or less distinct, but by far the majority are not, as they are the action of literally thousands of genes, since those genes are the preconditions for the development of the traits in question. What applies to simple traits like eye colour applies in spades to such “special”** traits as “intelligence”, “tool use” and other so-called human-defining traits.

Secondly, our genes and the traits they complexly affect are shared with, as Larry notes, all other mammals (allowing for the fact that there are minor variations in those genes between species), and we share developmental systems as far back as the common ancestor of vertebrates. A shared developmental process, like the growing of the brain and central nervous system from the invagination of the neural crest in the early embryo, means that all that really is different about us, or, indeed, any other vertebrate, is the timing of that process – how long this or that gene is expressed and where. That is our much vaunted intelligence: the same process, give or take, as the growth of a bird’s brain. Our development is not special to us alone, but to all our relatives as well.

Thirdly, evolution is not, despite attempts to make it seem so, a lock-step process. Shared genes among humans may be shared with our closer relatives too. Developmental and behavioural traits can be acquired in the evolutionary tree as a patchwork.

These (and other) considerations mean that there is no essential set of traits to be human. What is unique to humans is the particular constellation of genes, traits, environments and developmental systems, and ranges of expression that we have. This is why those who lack some apparently “core” human traits, like limbs, learning ability, language and technologies are still regarded as “human”; because they share enough of our “core” traits, and also because they are the inheritors of developmental systems from the same ancestors that a “normal” human is.

This has been called, by Paul Griffiths (1999), historical essence: sharing a common ancestor. However, the parallelism of evolution (Pearce 2012), the patchwork of genes and systems, suggests that unless all the species that share that ancestor share all the traits, however modified, the ancestor had, there can be no essence there either. Michael Devitt’s Intrinsic Biological Essence account shares the same problems, albeit from an internalist, rather than Griffiths’ external relational, perspective. See my 2013 for a summary.

It is time to recognise that the lesson evolution teaches us is that we simply aren’t qualitatively different from other species in any respect; but quantitatively. It’s all about the timing, regulation, and development.

I now invite Larry to criticise my argument. I’d expect no less. You others can have a say too, if you like.

[*] In the mathematical sense.

[**] As I have remarked before, “special” is the adjective of “species”, and one cannot be more of a species than another species, any more than one can be “very unique”. One is [in] a species and one is unique, or not.

Wilkins, John S. “Essentialism in Biology.” In Philosophy of Biology: A Companion for Educators, edited by Kostas Kampourakis, 395–419. Dordrecht: Springer, 2013.

My Tweets
Manage Cookie Consent
To provide the best experiences, we use technologies like cookies to store and/or access device information. Consenting to these technologies will allow us to process data such as browsing behavior or unique IDs on this site. Not consenting or withdrawing consent, may adversely affect certain features and functions.
Manage options Manage services Manage vendors Read more about these purposes
View preferences
{title} {title} {title}
Loading Comments...