Home » Good faith, bad faith and no faith in reasoning 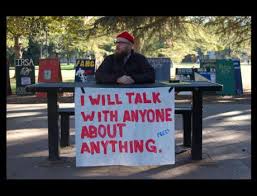 Good faith, bad faith and no faith in reasoning

We are hearing a lot of calls for there to be public debates with climate deniers, the alt-right (that is, modern fascists), creationists and antivaxxers, and this has led to people marking the so-called “paradox of tolerance” named by Karl Popper in his epochal 1945 Open Society and its Enemies:

Unlimited tolerance must lead to the disappearance of tolerance. If we extend unlimited tolerance even to those who are intolerant, if we are not prepared to defend a tolerant society against the onslaught of the intolerant, then the tolerant will be destroyed, and tolerance with them. In this formulation, I do not imply, for instance, that we should always suppress the utterance of intolerant philosophies; as long as we can counter them by rational argument and keep them in check by public opinion, suppression would certainly be most unwise. But we should claim the right even to suppress them, for it may easily turn out that they are not prepared to meet us on the level of rational argument, but begin by denouncing all argument; they may forbid their followers to listen to anything as deceptive as rational argument, and teach them to answer arguments by the use of their fists. We should therefore claim, in the name of tolerance, the right not to tolerate the intolerant. We should claim that any movement preaching intolerance places itself outside the law, and we should consider incitement to intolerance and persecution as criminal, exactly as we should consider incitement to murder, or to kidnapping; or as we should consider incitement to the revival of the slave trade. [Vol 1. Note 4 to chapter 7, page 226]

So it seems in the end, that Locke’s views on tolerance in a free society will end in the society becoming unfree, and it appears this is what we are seeing today. We have stopped putting sanctions, criminal and social, upon the intolerant, and the intolerant are taking over our once-free society.

But why? Up until quite recently, intolerance was seen as beyond the pale for mainstream figures in public life, and was limited to the idiotic, the bigoted and the ignorant. Then we started to see a resurgence of the very attitudes that led to the initial appearance of fascism in the west, and now we are in the midst of a full-blown epidemic of dross and hatred under the twin banners of nationalism and patriotism, as if the 1930s and 1940s (and in the case of Franco, through to the 1970s) never happened.

For liberals (in the Millian sense, not the degraded senses of the USA or Australia, which apply the term to libertarianism and conservatism of the worst kind), this sets up the above mentioned paradox. Mill famously argued for freedom of expression so that the truth would fall out of the resulting debates. So should we take Popper’s solution of criminalising these anti-truth views seriously? Isn’t that, say the pundits, the very opposite of an open society? It’s been tried in modern Germany, for instance, with the result that fascist movements have revived and prospered there. To which I say, no. This is the wrong reading of what is going on. Both Mill and Popper are broadly correct, in my opinion. The problem is not freedom of expression and tolerance or not. The problem lies in the ways parties approach argument and dissent. It is a matter of what kind of faith (fides) they bring to the dialogue: good, bad, or absent.

Mill founded his argument for freedom of thought on the ability of rational discussion to correct our errors:

—it is owing to a quality of the human mind, the source of everything respectable in man either as an intellectual or as a moral being, namely, that his errors are corrigible. He is capable of rectifying his mistakes, by discussion and experience. Not by experience alone. There must be discussion, to show how experience is to be interpreted. Wrong opinions and practices gradually yield to fact and argument; but facts and arguments, to produce any effect on the mind, must be brought before it. [On Liberty, Chapter 2]

Recently, however, and almost certainly in Mill’s own time, it is clear that for some people, being presented with facts and argument against their opinions strengthens their commitment to their opinions, instead of eliminating error. And the reason for this is that these people are not in search of the most rational belief, or the truth, however we may define that. They enter debate not to find the best solution through engagement with others, but in bad faith, to assert their view and use whatever trickery they can to make themselves feel as if they “won”. This is high school debating; it is not reasoning. There is no need to give a platform to people who argue in bad faith, I believe.

Those who argue in good faith, should be given time and engagement by a liberal. Even if the outcome is not soluble, the fact of engagement will lessen emnity. But those who merely strengthen their tribal identity and play the sophist are the exact opposite of reasonable and are largely invulnerable to reasoned arguments. Their goals are not those of charitable interpretation, submission to the facts, and a desire to find out the best answer to a problem. It is not surprising that these are the type of disputants who deny that ‘fact’ has any meaning or that we can ever approach ‘truth’.

Taking on those who argue in bad faith leads to many in the audience deciding that there is nothing to trust in argument; that all sides are either equally good or bad, and that there is no point in even trying to reconcile viewpoints. And so a civil society becomes fractured and tribalised.

There are no straightforward markers of bad faith, simply because there are an infinite number of ways to practice it. Mostly, bad faith is the denial of good standards of reasoning and argument. But here are a few common symptoms. Add more in the comments.

Tu quoque, or rather the lack of it

In reasoning, one rather devastating rebuttal is the “by your own lights” rejoinder – pointing out that by their own assumptions, your opponent’s views lead to an undesirable (for them) outcome. Now bad faith reasoners (BFRs) will use tu quoque themselves (think of Plantinga’s EAAN); but they will not grant their opponents that right. This is a breach of the principle of charity, in which one takes the opponent’s argument as seriously as possible, as well. For if one’s own arguments are immune but your opponent’s are not, then they are applying different standards to you than they apply to themselves.

You are entitled to your opinion, but you are not entitled to your own facts, said Daniel Moynahan, apparently. But BFRs will simply assert facts not established to counter the facts you source from the best available. For instance, climate deniers will argue that facts from climatologists are suspect because they are somehow involved in a conspiracy, and they will adduce instead extreme minority “facts” (from those who are involved in a conspiracy of fossil fuel corporations; see below Projection).

One thing that BFRs often do is accuse their opponents of the very thing they are doing themselves, perhaps because that action is uppermost in their minds and they wish to validate it. This is the very opposite of tu quoque. So for instance, when cherry picking examples, they accuse opponents of doing just that. When accusing their opponents of immoral behaviour (like incivility), it is usually because they have themselves done, or intended to do, just that.

A marker of woo medicine and science is that the presenter will spend an inordinate amount of time trying to establish their own credentials or that they are being blocked by “mainstream” medicine or science, rather than presenting the best argument for their position. This and similar strategies are intended not to clarify the argument, but hide it. Another example is the so-called Gish Gallop, a fallacy of raising many questions that cannot easily be dealt with, and then asserting that because they have not been, the BFR “wins”.

Published in Freedom, Politics, Race and politics and Social evolution