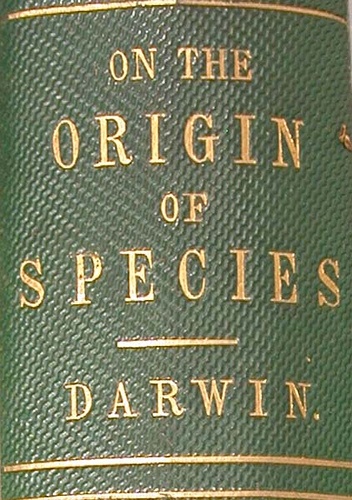 What was Darwin’s Origin actually called

So, I got caught parroting half-remembered factoids, to Down House no less, that the Origin dropped the “On” from the start of the title with the fourth edition. In my defence, I was making use of Darwin Online, the Cambridge University site that collates all of Darwin’s publications and a whole lot more, in their list of editions of the Origin in English. So I got called out, and rightly so. If you’re going to be a pedant, at least be an accurate one.

Fortunately the Darwin Online site has images of the the title pages of the various editions, so here they are: 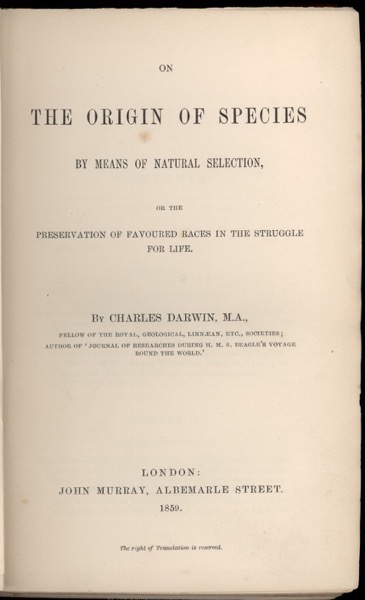 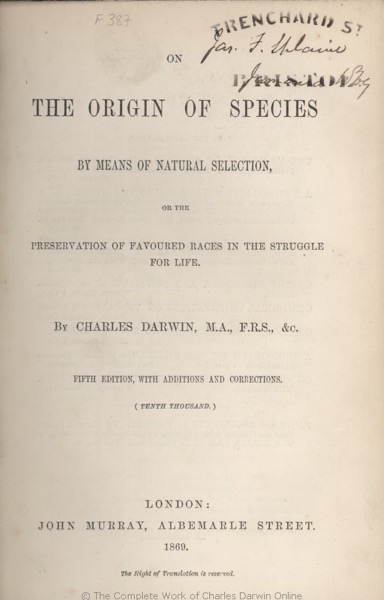 The sixth, however, which was the most widely distributed edition, has dropped the “On”.

However, under Asa Gray’s oversight, Appleton of New York published editions as well (1860, 1871), which did not completely follow the British editions:

So technically, it should have the “On”… mea culpa.

Published in Evolution and History