Home » The Abstract and the Concrete, or, the Road to Fascism

The Abstract and the Concrete, or, the Road to Fascism 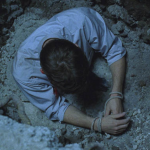 I was thinking about the way in which the anti-abortionists justify their views. I have always said that “Pro-Life” is a misnomer. Instead of being pro-life, they are pro-potential life. In order to protect potential lives, they ignore the needs and rights of those who have actual life – the women who cannot for whatever reason carry that bunch of cells, usually smaller than the smallest skin tag one might have burned away, to term. It doesn’t matter what their reason is, whether medical or moral or simply personal; they lose their bodily autonomy because of what might happen to grow from those cells. In short, the abstract possible living person gets priority over the actual concrete living person.

This preference for the abstract over the concrete is something I have often noticed in political and religious contexts. Consider the following issues:

There are many more such abstractions; this is just off the top of my head. As a philosopher of science, I deal with these kinds of abstractions (including “kinds”) all the time. Abstractions are not bad things (for a given abstract value of “thing”); they are necessary for us to gather together the blooming buzzing confusion that is experienced reality. But for values, especially human values, the individual must take priority over the abstraction. People have rights, interests, and value. Abstract corporations, and corporate entities like states, religions, ethnicities, have value only as the aggregate of the individual values that comprise them.

In short, we have got this arse-backwards. As the very old English philosophical pun has it, we have put Descartes before the Horse. We prioritize our abstractions more than the actual people we are abstracting. I find this offensive in the extreme. Class, party, and nation do not come before actual physical people. The generalizations should in fact serve them.

Which brings me to fascism. The recent “alt-right” movement that has taken over what had previously seemed fairly sensible democracies is just fascism on social media. And every troll who attacks women, non-whites, non-heterosexuals, etc., in the name of their preferred fascism is prioritizing abstract ideals (for them, at any rate) over the real people they are trolling. Every politician who touts “family values” over actual (but maybe gay or unconformist) families does the same.

It would be nice to think that the progressive side of politics avoided this trap, but history shows the left is able to justify authoritarianism and de facto fascism quite easily in the name of Class or The Oppressed. Again and again, real people become tools or pawns in the Game of Abstract Objects. 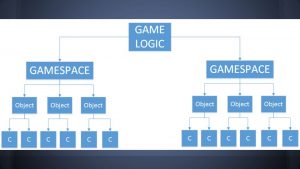 Maybe libertarianism? Sorry, no. Libertarians defend The Individual over real people. And of course, The Individual happens to match them and their kind, devil take the others.

All these are a kind of fascism: the marriage of corporate entities to control people. What is the alternative? To give my view, I need to resort to metaphysics.

In a debate that has come to be known as the Natural Kinds debate, there are two main positions (and a host of finer distinctions I don’t need to discuss now): Conventionalism and Platonism. Platonists think that abstract objects are real things (as Plato held was true of Ideas). Conventionalists, sometimes also known as Nominalists, hold that general terms (like “nation”) are just words that gather together similarities. For a conventionalist, to treat a general kind as a thing is to commit the Reification Fallacy: to misleadingly ascribe reality to abstract nouns.

I am a conventionalist in most things, particularly in the context of social institutions, although I would not go as far as Maggie Thatcher and declare that there is no society. It’s just that society is comprised of individuals, their interactions, conventions, expectations and environment. In social science, this is referred to as Methodological Individualism, but social sciences must deal with abstractions if they are to explain what happens in society. Instead, I prefer to call this Moral Individualism, as it is a moral claim I am making here. Monarchies, states, religions, genders and ethnicities have no rights; people (who may or may not fall into these abstract classes) do.

Why is it then, that people are so keen to treat other people as objects? Why do capitalists treat workers as interchangeable units? Why do moral crusaders treat women as objects of control? Why do ruling ethnicities treat minorities and foreigners as less than fully human? Why do religious authorities declare anyone who is not orthodox and submissive to their religious views and institutions to be less than fully human, for that matter?

It is not because we fall, as human beings, into discrete classes of those who empathise and those who do not. This is itself a reification fallacy. If society is made of people, and people vary more or less continuously, then we have a distribution curve:

At least half the people (in a normal distribution) will tend to be empathetic to some degree towards people who are not family or friends. But far fewer will be empathetic all the time (the left side gray area). And given the right stimuli (usually xenophobia or disgust responses), even those who would be empathisers can be tricked into callousness towards others by unscrupulous figures of perceived authority (in the right side gray area). This is how “nationalism” can be sustained even if most people will be decent most of the time otherwise.

Why then do leaders and authorities act callously? Often they do not. For a period from around 1960 to the 1980s, leaders were expected to observe the niceties of politics, to rule (ostensibly) for the benefit of all. But under the baleful influence of Friedmanesque economics, moral values became “immoral” under capitalism. As the conservative pundits fought back to regain the control they had lost since Word War I and the time of the robber barons (who nevertheless endowed public libraries and hospitals), the conditions for rising into an authority encouraged callousness. Consider, for example, the “Prosperity Gospel” movement: the Christian’s duty is to acquire wealth, which may have come as a surprise to their founder.

Such is the context in which individuals prosper; by denying the moral value of people in general in favour of those who are “our kind”. And this is how an open and free society becomes a fascist society. And this is what we have seen rising for thirty years, and did nothing about (myself included).

What to do? I have no idea, except to stand up for the rights of all when you can. And hope like hell this doesn’t eventuate in another world war.