Home » Books I am reading/reviewing

Books I am reading/reviewing

Despite marking scores of essays, after having taught a subject intensive, and preparing various papers, I get to review some books. This means reading them, familiarising myself with the technical literature, and so on. So I thought I’d do a brief summary of them for you now:

The first is this: 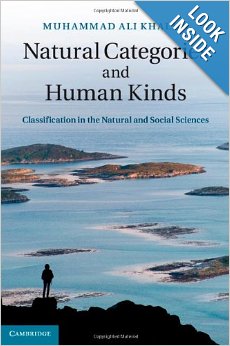 M. A. Khalidi, Natural Categories and Human Kinds: Classification in the Natural and Social Sciences

This is an excellent summary and discussion of the idea of natural kinds in science (and as such makes a nice companion piece to my book). Where I and my coauthor Malte Ebach approached the philosophy of classification from the perspective of the sciences, Khalidi approaches the sciences from the perspective of the natural kinds debate in philosophy. He discusses some issues, such as whether classes can “crosscut” other classes, what the status of kinds are in science and philosophy, and essentialism (which has been revived lately in the philosophy of science). In particular he rejects essentialist accounts of kinds because of their problem in inductive projectibility.

So far there are a few slips: he conflates Linnaean taxonomy with phylogeny, for instance. But it is a good book. I recommend it. The review will appear in Notre Dame Philosophical Reviews. 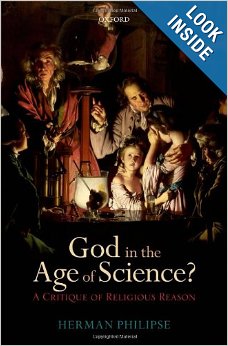 God in the Age of Science?: A Critique of Religious Reason by Herman Philipse

Philipse addresses the standard arguments, and some not so standard recent arguments, for the rationality of belief in God. He specifically addresses Richard Swinburne’s arguments, and concludes that the most promising is a Bayesian account Swinburne proposes. He discusses reformed theology, which is often ignored by philosophers. Being a professor in a Dutch university (Utrecht), he is well placed to consider many of the theological arguments they present. As many of these underpin the evangelical apologetics found in the United States, this is significant. But he also spends considerable time dealing with the usual arguments for God’s existence, such as the cosmological argument that depends upon modal logics, as well as natural theological arguments. 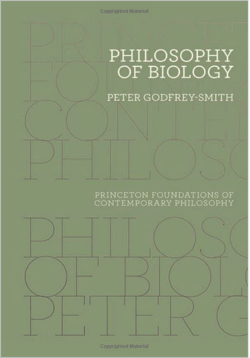 PGS, as he is known in the discipline, is perhaps the leading philosopher of biology today. One expects, then, that this will be a great book, and so it seems given a quick read. It looks like the lecture notes of a course, which is a good thing, since it presents an introduction to a complex field. I have quibbles, of course, but none of them are particularly telling. I would use this as a textbook in a course, as it offers a good summary of the issues and links to literature that the student can use to explained her knowledge. 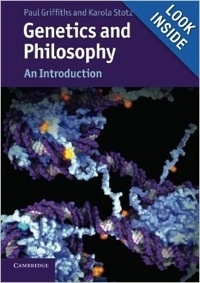 This is an excellent and nuanced introduction to the philosophy and biology of genetics, including discussions of the idea of “gene”. They introduce a notion of genetic information – “Crick information” – which is basically the structural specificity of genes and their products. I recommend this book unreservedly, and will be discussing it in more detail later.