Home » Eww, I stepped in some evolutionary psychology and other crap

Eww, I stepped in some evolutionary psychology and other crap 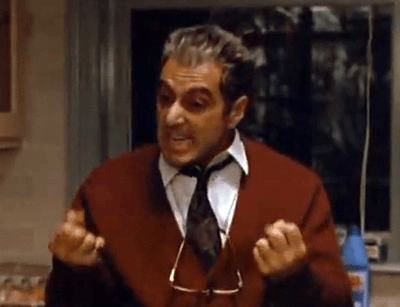 I try and try to stay out of the muck, but they keep pulling me back in! I saw what I thought was a careful and rather overly-documented critique by Edward Clint of a talk by Rebecca Watson against evolutionary psychology (EP). It was full of references and arguments, devoid of ad hominem, and well defended. So I linked to it on Twitter. I got these responses:

Nope. not well done most of the time & premises are false. RT @john_s_wilkins @pzmyers @lippard @DuaeQuartunciae EP is not a priori false.

And off it went. There were some response articles by Stephanie Zvan (which PZ called a GOOD response), James Croft (the most measured response so far) and Greg Laden, but the raw nerves were on fire. Clint was accused of being an “MRA” (men’s rights activist – a term of abuse apparently, and one I hadn’t come across) and having evil motives against Rebecca. Others said that because evolutionary psychology was bad science, a post defending it must be wrong (I suspect that might be PZ’s underlying enthymeme) no matter what the arguments made were.

I also discovered that while I had linked to one post, I disagreed with Clint on his treatment of agnosticism (1 and 2). I am not recommending him as an Authority, but then I don’t do that.

I am not shocked (any more) that this has descended into partisan personalities. I have come to expect this. But I am interested in the arguments made. Stephanie’s post is not bad, but in the end Croft effectively says “It’s okay to equivocate and cherry pick if it’s for popular purposes”, and that I do not agree with. If it’s bad science, and we can attack antivaccinationists, homeopaths and creationists for popular bad science, then the wheel turns against us skeptics too.

Clint’s defence of EP as potentially good science and not at all to be attacked because of the bad examples and bad reportage is solid, I think. The problem is that EP has its defenders who will ignore all counter evidence and counterarguments, while the opponents will ignore all evidence and arguments in its favour. I want to do something here, which I have previously alluded to: announce my being a born-again sociobiologist – EP is a form of sociobiology.

The criticism of sociobiology and EP is largely cultural. It tends to privilege the power structures of the people doing the research. Henrich’s, Heine’s and Norenzayan’s recent essay on psychology focusing on WEIRD students (western educated industrialised rich democratic, if memory serves) points out that all psychology and social science tends to do this, by default. But we should try to remove that bias as much as possible in all science, so it is fair criticism of EP also.

But what some people, including (I know from personal contact) PZ and Larry Moran, object to about EP is what Gould called “panadaptationism” and “Just-So” storification. Here is where there is interesting and philosophical issue, and so here is where I am most compelled to comment. Forgive me in advance.

First of all, there is the issue of when it is appropriate to use adaptationist explanations. Clint cites the leading philosopher on natural selection, Elliot Sober. Now I often disagree with Sober, especially in the assumption of optimisation studies (and of course classification), but Clint is right to cite Sober here:

Adaptationism is first and foremost a research program. Its core claims will receive support if specific adaptationist hypotheses turn out to be well confirmed. If such explanations fail time after time, eventually scientists will begin to suspect that its core assumptions are defective. Phrenology waxed and waned according to the same dynamic (Section 2.1). Only time and hard work will tell whether adaptationism deserves the same fate ( Mitchell and Valone 1990).

Opponents, largely following Gould and Lewontin’s 1979 attack, tend to assert (often without consideration of the particular attempts to give adaptive explanations) that any and all adaptive hypotheses are cheap and to be avoided. This has the effect of basically eliminating natural selective accounts of anything. But we know that selection is the only process that results in complexity over any time, and the fact there are complex traits among organisms leads to the inevitable conclusion that we should be able to give selective explanations from time to time. I have argued before that we should think of adaptation as a viable hypothesis at all times; but being viable doesn’t make it true. The problem is not that EP or sociobiology makes adaptive hypotheses. They should. It is that they often make them without testing them.

This is no longer the case, at least not universally. Desmond Morris is long gone from the forefront of panadaptationist thinking, and we can start to deal with the more serious claims and studies made. As Clint says

Mind, that isn’t a high bar to leap. A lot of psychology is still fairly simplistic (but not most, by any means). If there’s a field that is really well grounded in my subjective assessment, it is comparative psychology, which is cross-specific at comparing human cognitive development and our nearest relatives, the primates. And that gives us a constraint upon EP-style adaptationism. If it is shared across all primates, then it can’t be an adaptation to an ancestral environment not shared by all primates (not unless some massively unparsimonious evolution has occurred, in which case we can’t say squat about evolutionary history).

But something must have happened in our lineage to give us the traits we now have and it simply is not sufficient to say it could have been evolution by accident. Accident is an admission we cannot explain things. It is the background assumption of anything. And let us not forget that accident is the raw material of selection. Accident proposes, selection disposes. Accidental variation is the origin of things, not the reason why things are retained and built upon, at least, not always. If something can be acquired by accident, and spread through a population via drift, then it can be lost the same way. Nobody sensible would go so far as to say that there is no evolution by accident. But neither should anyone sensible suggest there is no evolution by selection either. The question, as the wit said to the society woman, is how much.

So sociobiology as a hypothesis is acceptable. It need not lead to Nazism, racism, sexism or US exceptionalism. So long as there is empirical data, testing the particular hypothesis at hand, it is and can be good science. It is not the final word. And as Twain said, I wouldn’t hang a dog on a newspaper report. EP like anything else can be misrepresented by various interests, just as evolution always has been.

This brings us to the formal and informal fallacies this whole subject seems to attract like things that are attracted to bad metaphors. If PZ is saying Clint’s post was bad because it asserts and defends something he knows without argument to be false, then that is question begging and displays massive confirmation bias. This is not a good trait in scientists. If, similarly, he approves of Zvan’s piece because it agrees with his belief that EP is false, then that too is confirmation bias. If he dismisses Clint’s defence because Clint is an MRA or has “issues with Rebecca”, that is obviously a fallacy of ad hominem, and a genetic fallacy to boot. His argument stands or falls on the merits of the case made (even if, and I can’t stress this highly enough, he is massively wrong about agnosticism!).

And no, (see comments) James, it is not sufficient to accept a bit of exaggeration or cherry picking or equivocation when we do it because it’s entertaining or fun. It is false argument. If it’s wrong to do it when you are anti vaccination, then it’s wrong to do it when you are “skeptical”. This is called tu quoque in reasoning. Rebecca equivocates between a field and reportage or misuse of a field. She is clearly trying to poison the well. Similarly, Dawkins does the same thing with religion in The God Delusion. It’s simply dishonest argument, no matter how entertaining.

In the past I have been challenged by PZ and Larry Moran for saying “we are all subject to our own biases”. I know I am (and because they are mine I am not sure what they are, although in the case of chocolate I have suspicions), but Larry once said to me that I should show him his. Well he’s not engaged on this topic for now, but here is me showing some cognitive biases of some skeptics.

I initially thought Clint’s piece was overkill. Now I see that it will never be enough for some. No matter what his history or motives.

Late note: PZ has a post here and a promise of more to come.

Later note: The first of his ?EP series is here.

Gould, Stephen Jay, and Richard C. Lewontin. 1979. The spandrels of San Marco and the Panglossian paradigm: a critique of the adaptationist programme. Proc R Soc Lond B 205:581–598.